Ultrasound: The Leading Technology During Pregnancy

There are many specific issues that are related to ultrasound, but the most impactful ones are the ones that apply to nearly everybody who uses an ultrasound. Amazingly, some clinics across the world that hire sonographers are not highly trained and do not understand the apparent risks and how to stop them. Another one of these issues is the fact that many fetus' are being exposed to ultrasound radiation which we are not 100% sure is harmless, for long periods of time. This can potentially mutate the baby's DNA. Also, out of all the ultrasounds out there, Doppler ultrasound is being used which is the most risky type of ultrasound to study the blood flow of both the mother and child. While the intentions are pure, this is a very dangerous way of putting both the mother and her child at risk. The reason why is because Doppler ultrasound emits more radiation than any other type of ultrasound. Therefore, the baby is being exposed to all the radiation which we are not sure is even completely harmless and could potentially mutate the baby's DNA as well and create abnormalities within the baby. 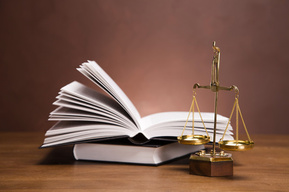 Political issues are rising more with using ultrasound on women (mainly obstetric ultrasound) recently. Legal issues of past were misuse of pre-natal (surgery for mother and her child) diagnostic techniques for purpose of child sex-determination which resulted in children being aborted in some cases due to cultural ideals in developing countries. To stop this crime, the Pre-Natal Diagnostic Technique Act (PNDT Act) was made in 1994 to combat the misuse of certain ultrasound techniques. One of the biggest legal issues as of recent is the fact that the mother's chance to decide whether to abort the baby or undergo pregnancy is being taken away from them. This is an issue because it does not give the mother freedom of speech and ultimately, the mother is the one who wants to partake in this crucial decision in her life, not the government. Also, many reports have been filed in court for negligent care towards the mother during pregnancy, resulting in damage to the fetus. This has caused many people to question the standards of care in hospitals and how to improve them for the future, but the government believes that the standards are excellent while the public does not and so this has turned into a issue.

Safety and Health Issues of Ultrasounds 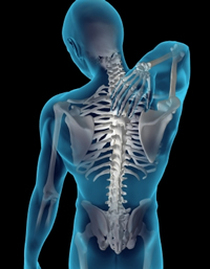 Lately there have been many issues concerning the health of ultrasound specialists and how being around ultrasounds for many years can physically affect them. As of recent there have been many issues relating to musculoskeletal disorders (ex. Repetitive Strain Injury [RSI], Repetitive Motion Disorder , Cumulative Trauma Disorder [CTD] and Occupational Overuse Syndrome[OOS]) in sonographers. In fact, for some people this case has become so severe that it has forced them to get other jobs. Based on studies of sonographers, many scientists found that the symptoms that can occur after years of exposure to ultrasounds are pain, numbness, clumsiness, weakness in certain muscles, swelling and loss of function. These types of cases did not seem to happen as much as they are now and scientists are researching why this is so.  Many experts claim that this is due to the fact that sonographers are working with ultrasounds only these days as opposed to before where they would work with other pieces of equipment. Another reason this may be happening is due to the increase in the amount of ultrasounds being performed which is causing an increase of exposure to the radiation. Also, due to the ultrasound procedure being too long and requiring much more physical effort than before could also be a potential factor affecting sonographers. Our organization, the U.N.U.D believes that there are a couple of ways to solve these problems. One way is to have ergonomists investigate the work environment and the work practices. Another potential solution is to improve the equipment design so that it requires less physical effort for the sonographer. One recent study showed that having comfortable environments could prevent chances of obtaining musculoskeletal disorders significantly and so we believe that the same should happen to many of the working environments of sonographers to prevent this disorder.

Social and Ethical Issues with Ultrasounds 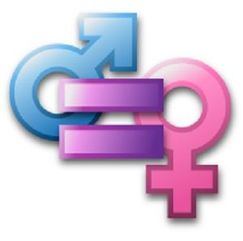 Many of us would think that there would be no social or ethical issues with ultrasounds, but sadly there is one major social issue. This issue is gender inequality and this issue is predominant in developing countries. Many social scientists believe that this is due to the traditional cultural beliefs that families have and that they have not evolved with modern times. Even until this day, sons are culturally and economically superior to daughters and most families prefer to have a son as they believe that daughters are only meant to be housewives. Before, parents had to wait until birth to determine whether a child was a boy or a girl and then whether they should kill it or not based on the gender since there was no way of determining before birth. Due to the advancements in ultrasound technology and how they can predict the gender within 18 weeks of pregnancy, parents are now killing babies even before they are born due to their dislike of their gender. Many children are also killed not just due to gender dislikes but, also due to the family's economic status and maybe the government restricting the number of babies each family can have. This has caused a major imbalance of gender ratio between males and females due to many females being killed at an early age. Another issue is the lack of interaction between the patient and the sonographer due to the implementation of the ultrasound in hospitals. This happens because now that ultrasounds can tell the patient everything they need to know, this has caused the sonographer to be present during the session only to give the patient the report. It is a moral obligation for a sonographer to inform their patient on what is going on during their pregnancy. Also, it is the sonographer's duty to comfort the patient by interacting with the patient so that experience is not that painful or discomforting for the patient. Despite all these complications, we believe that we can help these people. One of the potential solutions that we believe can cure this problem is to have the government create a law where families are only allowed to have ultrasounds and can only abort the baby if it is for another reason other than gender dislikes. Also, another law could be created to only allow the appropriate use of ultrasound machines if the parents do not undervalue daughters and treat both genders equally. There is a Canadian Society of Diagnostic Medical Sonographers (CSDMS) which creates a code of ethics that are to be performed during an ultrasound. Maybe the CSDMS can expand on these code of ethics and include information on gender biases and how they should be handled with as well as aborting a baby due to gender dislike.
Powered by